On a bleak Saturday morning, the 420 crew, Learn to Sail team and some dedicated Finnsters shook off the few raindrops as everyone set up their boats in the still, humid air. The threat of rain, huge gusts and thunderstorms didn’t deter us, as we charged into the tide with our boats in tow.

Before too long, the static of radios filled the calm harbour, as cries of “starboard” and “rights” were thrown across the placid water. The wind hesitantly filled our sails, allowing the boats to partner up and dance down the course, holding others back to let their teammates through. Before long, the juniors were showing up the rest – in their rules at least! Protest flags were flown, and the seniors were left doing their turns – paying penance to whatever rule they broke, whilst the juniors gallivanted off around the course.

Laughs filled the boats, as one of the skippers was shoved overboard, scrambling back into the boat before the rain fully set in. We were soon forced back to shore, the rain proving to be persistent. We were soaked through – especially those that were pushed in! So, we quickly derigged the boats in anticipation of someplace dry and warm!

Despite Saturdays rather unpleasant weather, the club was bustling on Sunday, Juniors and Seniors, old and new filled the club, leaving the start line full of competition, as we all fought for the right spot. However, the wind was not on our side, leaving us drifting through the course, some of us even finding alternative means of propulsion!

It was a great weekend sailing, although we did miss the wind a bit…

Next weekend (17th and 18th February), we have our annual Clarks Beach trip, with a picnic at Glenbrook. Hopefully we will see you all there and ready for an adventure!!

Through Yachting New Zealand we’ve secured a keen young coach to get our fleet up and flying. We will have his services for at least the start of the season and things going well that will extend through to the end.

The first coaching session starts this Saturday at 8:45am (18th Nov), we’d like to have full attendance for these session so please let Zoe know if you can / can’t make it.

It’s a $5 koha for the coach to cover his travel so those attending please bring along. 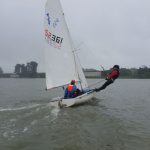 The weather of the Junior muster and club opening day could have been better however we still had the faithful coming out to have a look at our new 420 being launched. A very big thanks to Rotary for there generous donation of the funds to make this all possible.

The day started out with the majority of us gathering around the new 420 and figuring out where everything was and getting the boat rigged up. Some potential LTS parent and kids also have a bit of a look.  While we gave the parents and kids a light tour the rigging and head scratching continued. 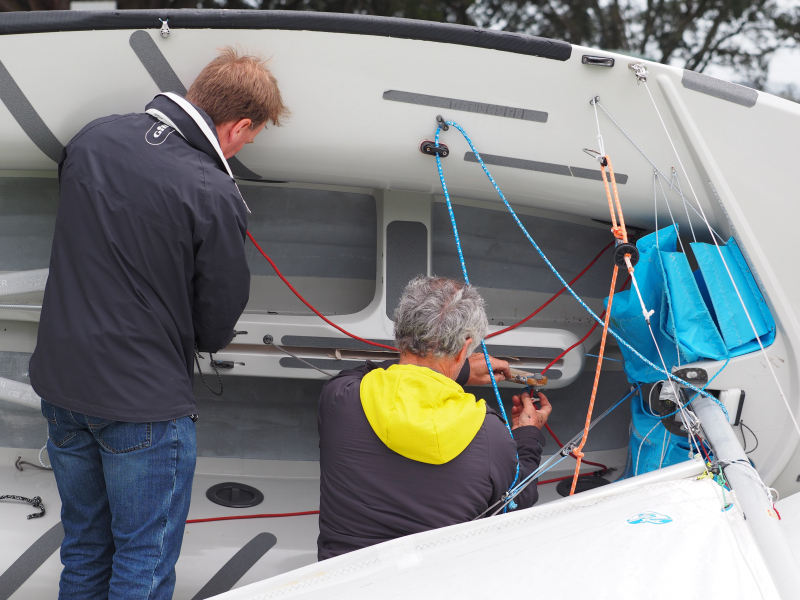 Finally the boat was rigged up and ready to go with many happy smiles aroud the members. These boats have been long awaited and will allow us to fill a gap we have had in the clubs sailing. There is a good path forward from our Learn to Sail -> Learn to Race -> 420 series for our kids. 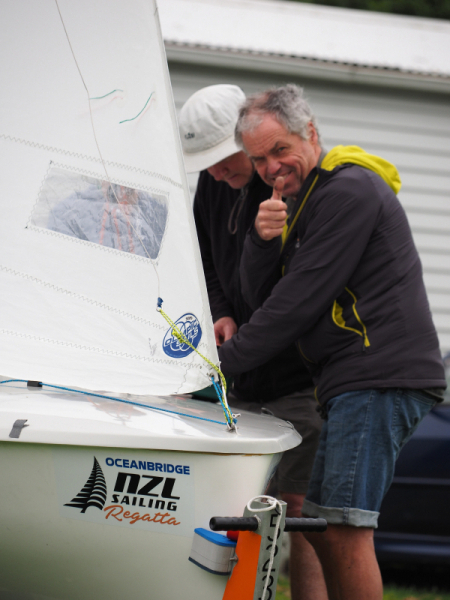 Time for the launch

Finally we it was time to launch, Father and son team Max and Hamish were the luck team to brave the cold waters which very quickly turned there huges smiles into a grimaced faces as the cold water hit their feet. However these faces were sooon turned into huge smiles and shouts of joy once they were under way. 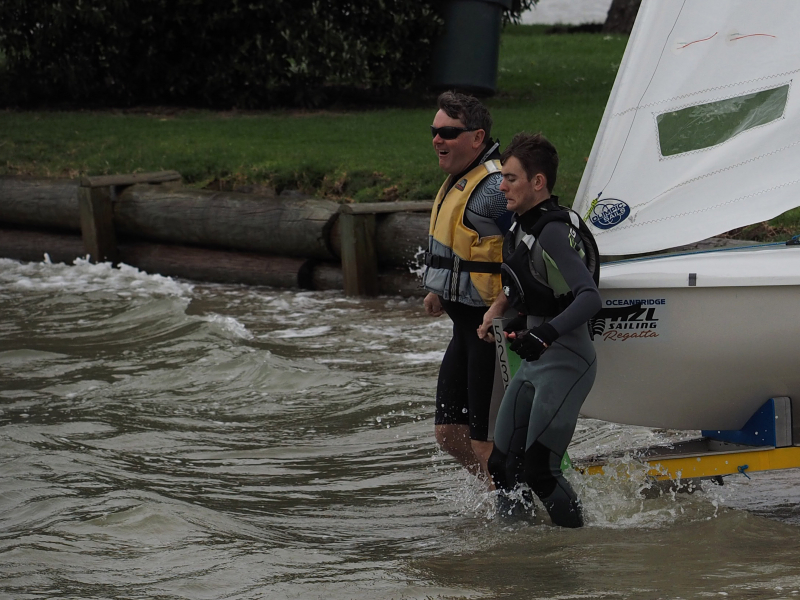 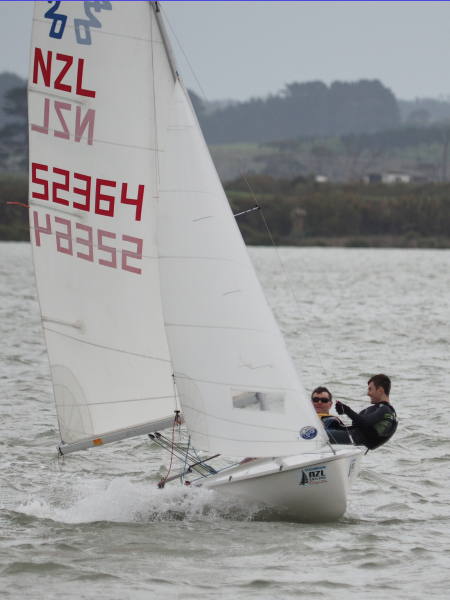 The only other boat out on the water was Gerard on his Finn however it gave a good comparision on the two boats performance. Give the junior crews a bit of time and they may be giving the Finn sailors a run for there money in the right conditions.

Meanwhile back inside the club rooms where it was very much warmer with tea and coffee, we give the new website a bit of a test run with the Learn to Sail expression of interest page being used to capture all our keen budding sailor’s details.

If you have any friends or family or strangers you meet keen on joining the learn to sail program please send them this link where they can enter their interest. https://www.wyc.org.nz/learn-to-sail/lts-expression-of-interest/ 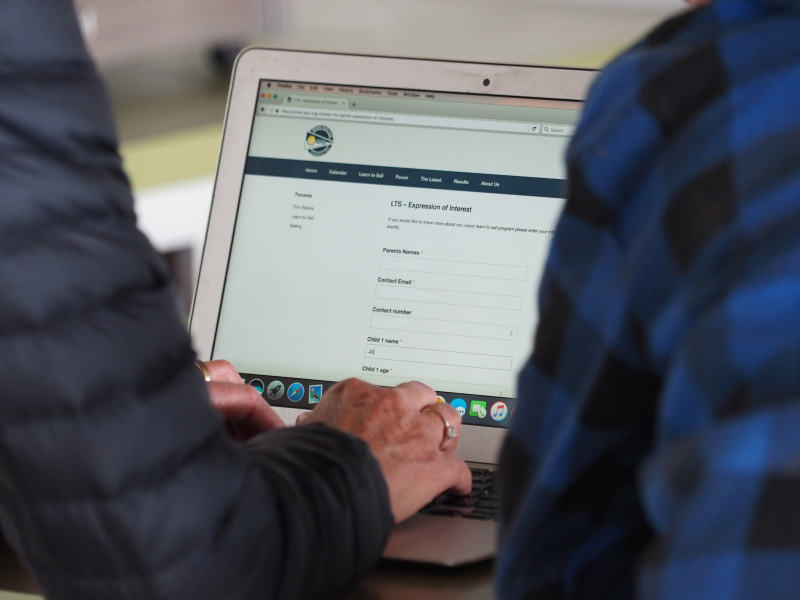 All the weekend’s images are in our Gallery

If you would like to see all of yesterdays images please head over to our Gallery. 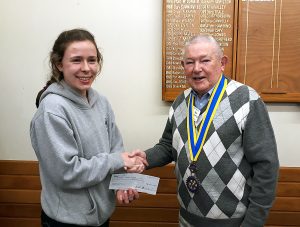 The Waiuku Yacht Club has been a presence on our sailing shores for over 60 years.

Now, with the generous support of the Rotary Club of Waiuku, they’re hoping to provide greater sailing opportunities for local teenagers.

Commodore of the Waiuku Yacht Club, Gerard Lelieveld, said the Club noticed a drop off in the teen yachting segment. “We researched the reasons and found teens were wanting a social, team based yachting program, and one that would connect in with their schools.”

The Club’s fleet were all single manned sailboats, so team racing wasn’t possible.

But now, thanks to $6000 donated by the Rotary Club of Waiuku, they’ve just purchased a 420 class, dual crew sailboat. This enables the Club to launch a new teen targeted sailing program. Competing at the NZ Secondary Schools Champs, plus the Regional and North Island 420 Champs, whilst having lots of fun, will be key focus of the program.

“We’ve seen teen teams doing match racing style sailing with these sorts of boats, and they raved about how much fun it was. Now Waiuku teenagers can experience first hand, the fun to be had on the water,” said keen 16 year old sailor Zoe Allan.

The Rotary Club of Waiuku raises funds through its annual Sunset Coast Walk and Book Fair, and donates to a number of deserving causes each year.